Who would you go see? 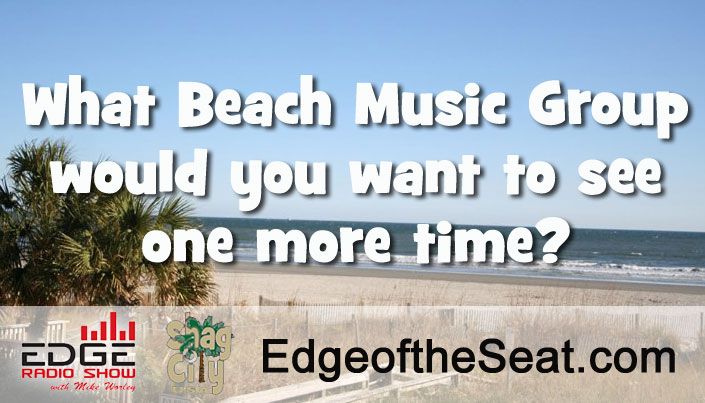 Which Beach Music Artist would you want to see?

by Bo the Webguy

There have been posts on social media sites like facebook remembering times the way they were back when…. A lot of great pictures from the past have been posted and shared. I personally have had quite a few laughs at some of the pictures I have seen from the promo posters used by the booking agencies and bands. Have you seen those pictures of the Band of Oz at CarolinaBeachMusic.com?

I am a little younger than the beach music fans that recall the days of going to the beach to see the bands that played the music that was not played on the radio. Mike Worley and I were talking and thought it would be cool to hear from you. What show you would choose if you could go and see anyone in the beach music world at any time in history?

For the last several years, Shag City USA and Zeus Digital Marketing have been shooting a lot of interviews from some of the current artists, club owners and beach music promoters. The “Where it All Began with H Lee Brown” show has also brought back memories from “how it was back then”. With all of this video content, Shag City will soon be working on a documentary series for Carolina Beach Music. Of course, some of those stories have
brought back some great memories. For some of us younger guys, we simply think, “I wish I could have seen that!”

Can you imagine being able to go see one more Chairmen of the Board show at the House of Blues in North Myrtle Beach? Maybe you would like to see an Embers show at the Embers Club in Raleigh, a Band of Oz show with Butch Barnes on Saxophone, a Fantastic Shakers show with Dino Fair on the keyboard, one more Breeze show with Dink Perry on lead vocals, Bill Deal & the Rhondels at the Peppermint Beach Club in Virginia Beach, or Billy Scott dancing across the stage one more time with The Prophets.

I know a lot of people out there have similar memories that they would like to go back to… or witness first hand a story of the old groups back in the day. As we hear from you, Mike will be mentioning some of these on the Edge Radio Show today on Shag City USA.

Get on The Edge Radio Show at 9AM

Without getting into the heated discussion of “What is” and “What is not Beach Music”, please tell us which beach music artist or group you would love to go see if time and travel was not an issue.